Meet our Focus session speakers – our experts in their chosen arenas who will interact with children during the learn shops and enhance their knowledge…
1. Chef Avani Panshikar – renowned for the most delectable pastries, Avani, the Founder of OVENITY will be in charge of the focus session on baking called – OF PASTRIES AND PANCAKES
2. Reena D’souza – Reena is a stage Emcee hosting corporate events, a sports presenter on Star Sports India and a Youtuber. She has hosted 1000+ shows including both stage and TV shows. Well known for her multilingual skills, Reena will be conducting the learn shop on public speaking…
3. Pranjali Manerikar – The DANSEUSE… Pranjali is an expert at Jive, Cha Cha, Samba, Rumba,
Paso Doble, Waltz, Quickstep and Viennese
Waltz. She is also trained in Club forms such as Salsa, Bachata and Merengue. Her knowledge in Bharatnatyam completes the circle..
4. Hemanth Jois – Hemanth Jois is a Multi Award-Winning Musician, who is currently working as a Music Director in the Kannada Film Industry. Hemanth Jois is a Self-taught Guitarist and Composer who has originals under his banner The Jois Project, for which he has won Best Independent Artist (Kannada International Music Awards KIMA 2017-18) followed by Shankar Nag Youth Icon Award.
5. Shweta Saran – Shweta Sharan is a freelance journalist with bylines in The Hindu, Mint, Deccan Herald, and many other publications. In 2012, she started a Facebook group called Bangalore Schools, which now has than 50,000 parents, teachers, and educators. Shweta is a gig worker who writes on education and technology, creates content strategies for education institutes, and works with Toka Box, a California-based company that curates children’s books and activities. She has an MA in Literature, with a specialization in journalism.
6. Kishore Amruth – Kishore is the Head of Design at Draper Startup House and Creator of Plantarent. He is the creative genius behind several logos, social media channels and branding that dictates how we express the brand of Draper Startup House and several other well-known organizations. While he’s not working on building brands and startups, his passion is inclined towards building a self-sufficient, creative community, photography & film and sustainable living.
7. Arindam Sinha – Arindam Sinha, a 22-year-old indie filmmaker and media enthusiast hailing from Bangalore started making no-budget short films back in 2011. Since then, he’s been a part of “Next YouTube Star” campaign back in 2015, won a few awards in international film festivals, had 2 official selections in an Italian Film Festival and even worked at Reuters as a Business Journalist.
8. Smitha Shankar – Smitha is the Founder of the art institute named AAPIY ARTZ which stands for Awaken a Picasso in You. She has trained more than 800 students. Her expertise is in Kerala mural and coffee paintings.
9. Imran Ali Baig – If it is Basketball, there is oy one name that stands apart – Imran Ali Baig. A FIBA Referee who refereed at the Pre Olympics games and is known to the best in the circuit will be conducting the Basketball clinic aptly titled – Cager’s Clinic..
10. Krishna Kashyap – Krishna Kashyap dons many hats. He is a theatre artist, voice-over actor, Emcee, and part-time writer and has been doing theatre professionally since 2015. He conducts dramatic classes for children as well as storytelling sessions, theatre training workshops, mime workshops, etc. He has been a part of more than a hundred plays and has hosted more than a thousand shows all over India. 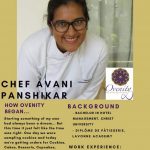 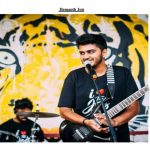 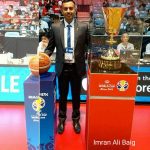 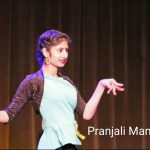 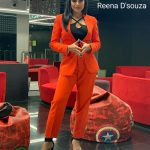 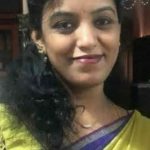 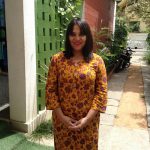 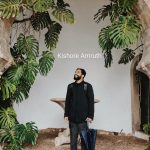