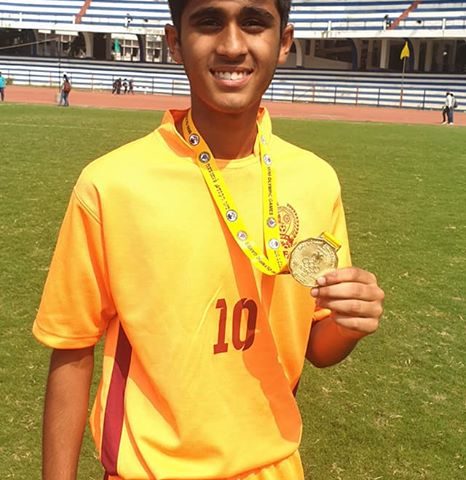 Akshit Maru, student of grade 8 was part of the team in the Football tournament at the Mini Olympics. He has won the Gold medal in mini Olympics organized by Karnataka Olympic Association.
Akshit scored goals in each of the match and one goal in the Final match against Belgaum district as well. The team was awarded the WINNERS trophy by Deputy Chief Minister of Karnataka. Congratulations!! 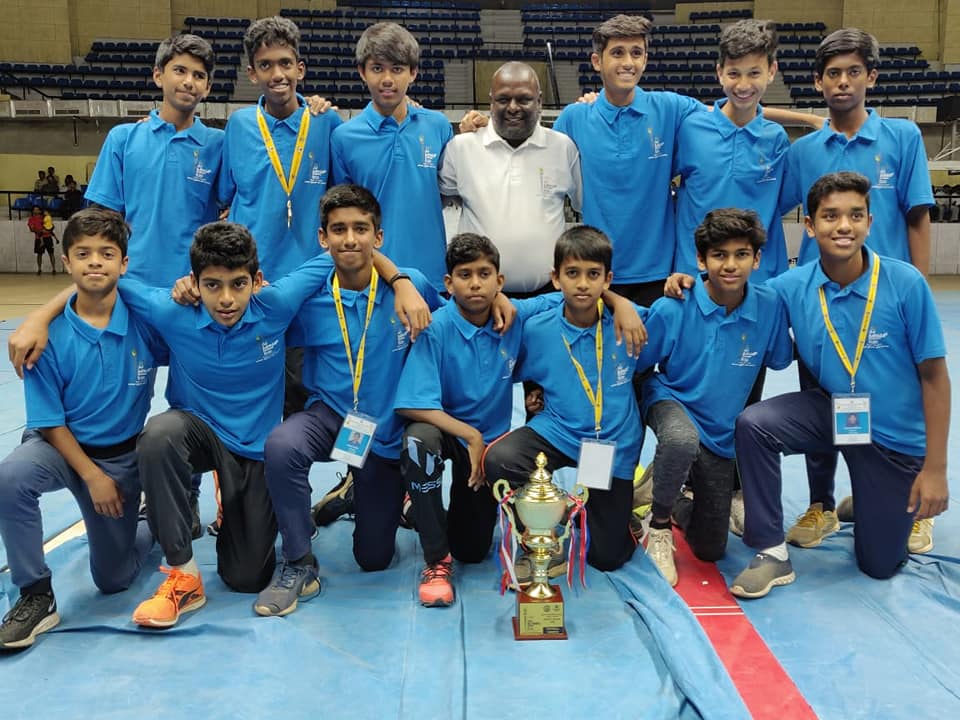